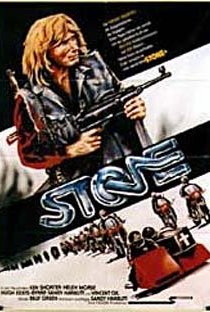 Stone is the first genuine Australian cult film and, on a cost-to-profit equation, it also ranks as one of the most commercially successful Australian productions of the 1970s. Stone was released at the tail end of the American biker movie boom that had begun with The Wild Angels (1966) and soared in the wake of Easy Rider (1969).

The popularity of biker movies may have been in worldwide decline by 1974 but Stone was an exception in Australia. An instant box-office smash, it connected powerfully with audiences as the first true depiction of life among Australian ‘bikies’, and not American ‘bikers’.

More than three decades later, Stone commands a cult following like no other Australian film. In December 1998, 35,000 motorcycle riders (the largest such gathering ever in Australia) rode down the F3 freeway to recreate the film’s famous funeral ride, shot on the same road 25 years previously.

There is probably no other Australian film that has connected as directly with a working class audience as Stone. 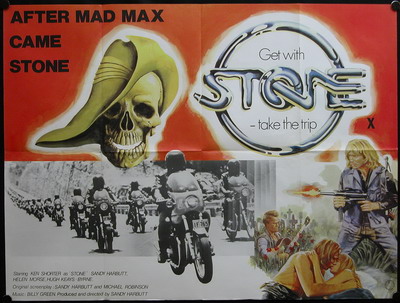 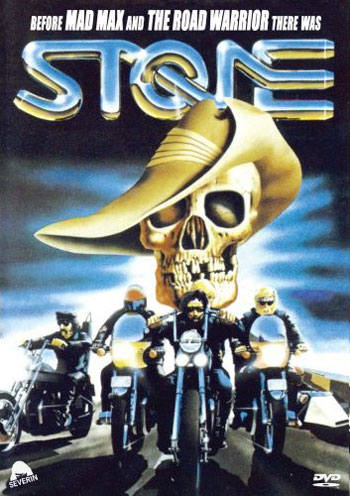